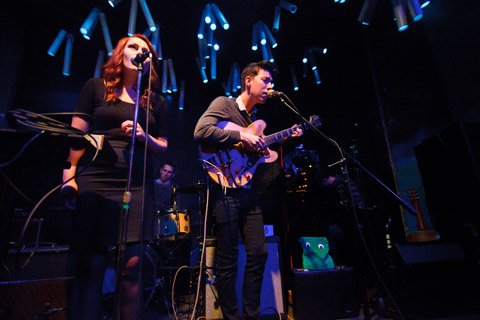 On October 21st, The Perennials took the stage at Glasslands to perform 2 cover songs for the Elliott Smith Tribute Show presented by The Bomber Jacket and Saltlands. Here’s a good-lookin’ video of them performing “Waltz #1”.

Brooklyn Vegan posted additional  video from the evening which was headlined by Cat Power.